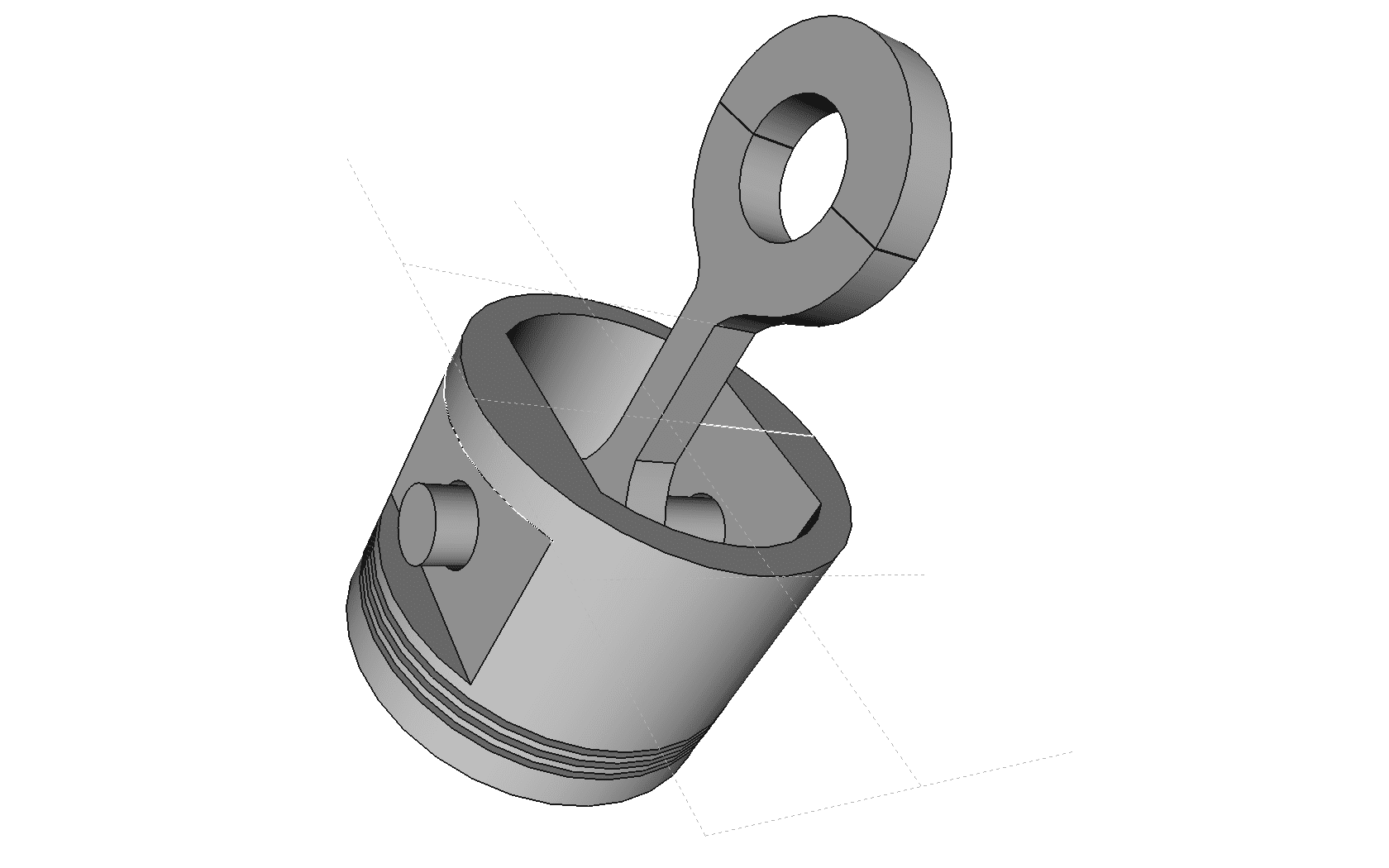 This is a placeholder for the Engine Workbench. IT is nowhere near ready for any kin of public release. The Engine workbench was an early attempt to learn the FreeCADs “Part” object.

The Framing Workbench is an experimental workbench. The aim is to add functionality to FreeCAD that will enable the creation of a fully modeled U.S style framed structure. Although most members of a framed structure are simple, each have various considerations and roles to play. These are captured by having members that are named and given custom properties.

There are some design goals/requirements that steered choices made.

The Structure toolbar groups items that are assemblies of framing members. Structure tool are uniformly colored to demonstrate the predominate role of the structure. Non-structure items are highlighted.

The Member toolbar groups individual framing members. Framing members are shown individually or with their structure and highlighted to demonstrate their role.

The Doors and Windows toolbar will group framing members that are specific to doors and windows. It will contain items like Jack Stud, King Stud etc., Currently the header is lonely.

The panels toolbar will generally contain items that come in 4’x8′ sizes. The have some positioning to aide with initial placement. For example Roof Panels are angled and set to the elevation of the top plates.

The set of tools for the Framing Workbench includes common framing member and the correlated structures.

The stud object is a US 2x4x8. The object has custom properties such as length with presets for certain styles of pre-cut lumber. The stud is default placement is 1.5″ from the origin, to allow for a single floor plate.

The SketcherShapes Workbench is my attempt to add an “easy” way to insert custom and commonly used shapes. It is an early attempt at a workbench and is not intended for any production or regular use. It is mostly and experiment and a learn to code playground.

Why a Workbench and not just add to a Parts library?

The simple answer is that these are not parts. They are intended to be aides in creating parts. So basically these will always be 2d shapes with loosely defined defaults.

New shapes are added via a rudimentary code generator tool. It creates code, tool bar and menu entries and eventually an icon. This feature is not yet exposed. In order to add new shapes to code, it is necessary to add the class to the init_gui.py. An attempt was made, with some succes, to iterate a folder for classes. There were some issues however.

To remove a shape currently the code for that shape needs to be removed. This would include code in th init_gui.py class.

The icon generator, not even close to working, will attempt to create an SVG from the sketch with a little bit of styling. 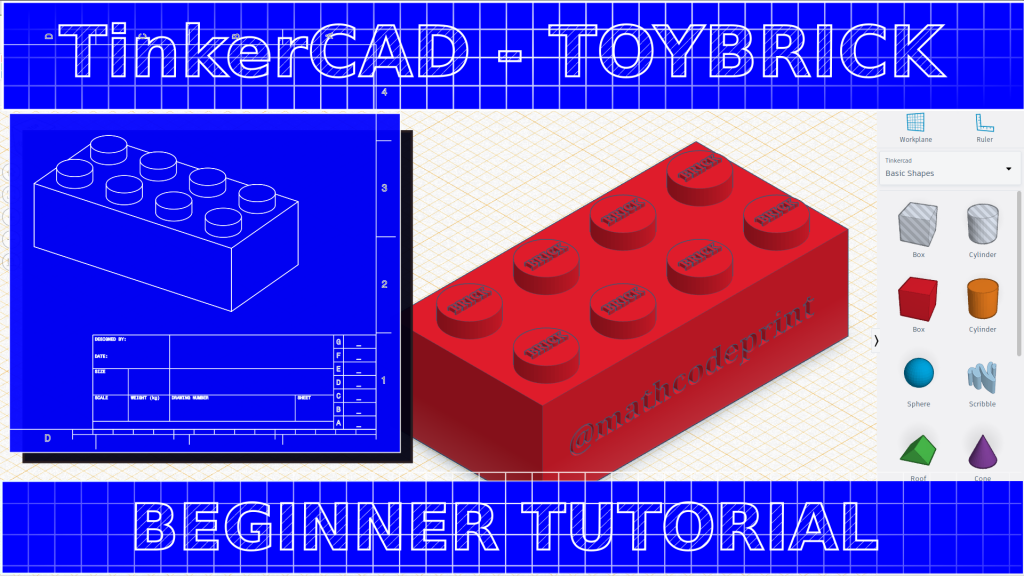 Modeling the eponymous toy brick in Tinkercad will walk you through many of the necessary fundamentals of 3d Design. 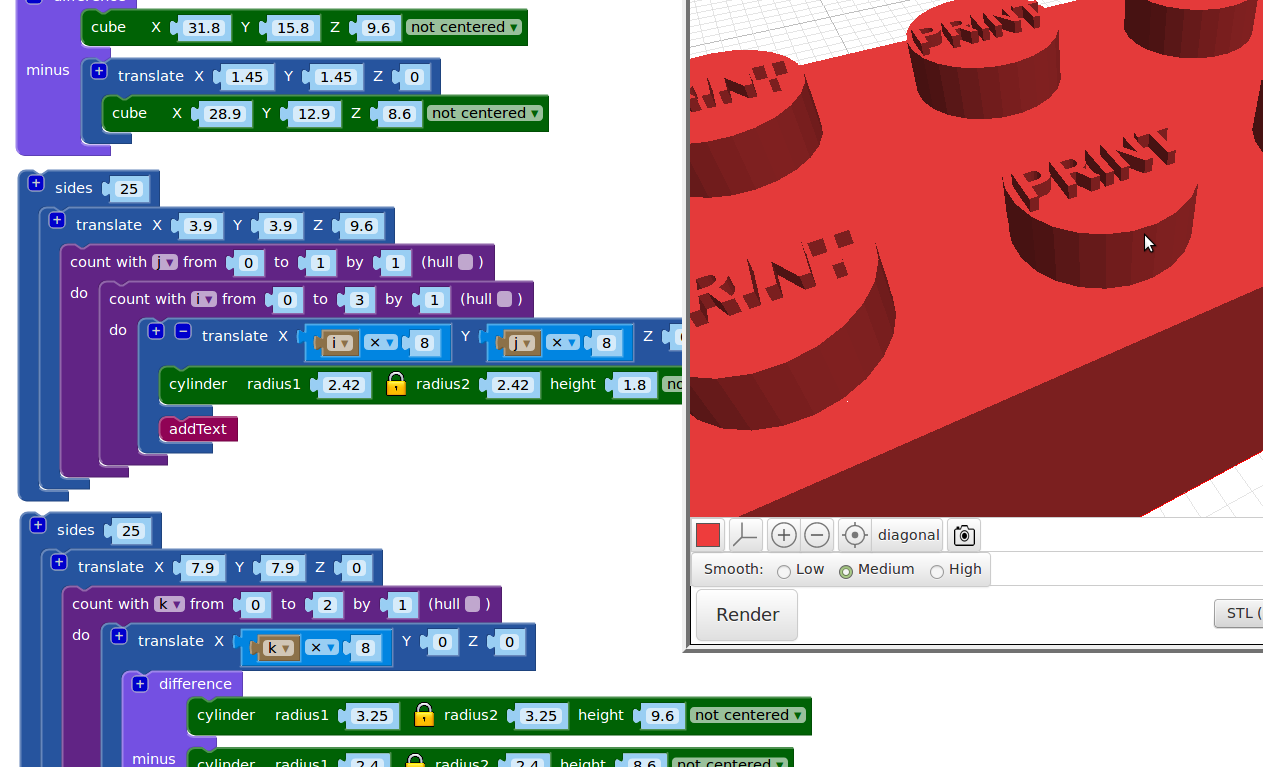 Here you may find code and other items to aide in the user of BlocksCAD or otherwise inspire. As with all my endeavors this is a work in progress.

BlocksCAD is a Blocks Based 3d Design Coding Tool. Wow that is a mouthfull, let’s break it down a bit. First, what is blocks based.

Blocks Based coding is using various block like objects with predefined 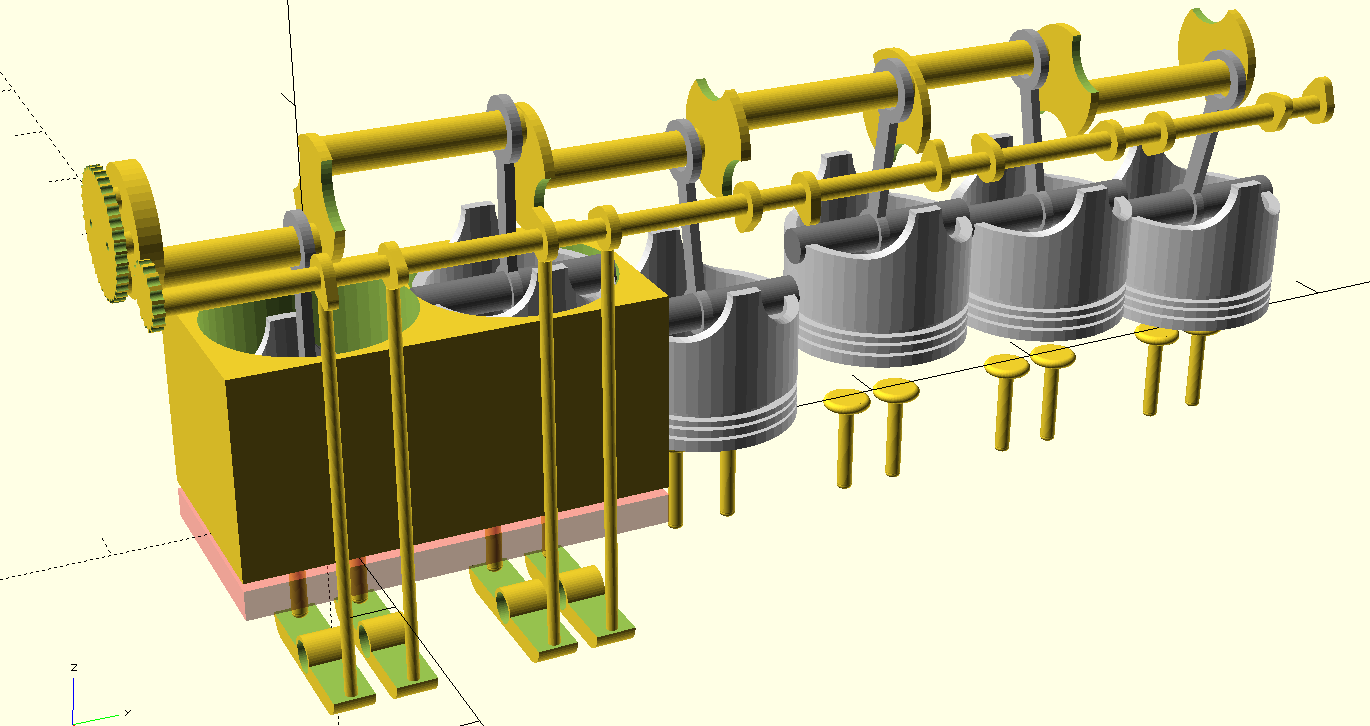 Here you will find all the models OpenSCAD and related Videos. As with everything I do, this is a work in progress.

The Arrows and Dimensions lets the OpenSCAD Coder add dimension lines and arrows to their model.

The Exploded Assembly helps the OpenSCAD coder to create animations, or just different views of their models.

Models, Projects, Notes and other miscellany

A split pillow block for the 608zz skate bearing.

Strandbeest – Sort of a requirement for 3d Printer enthusiasts to design their own. 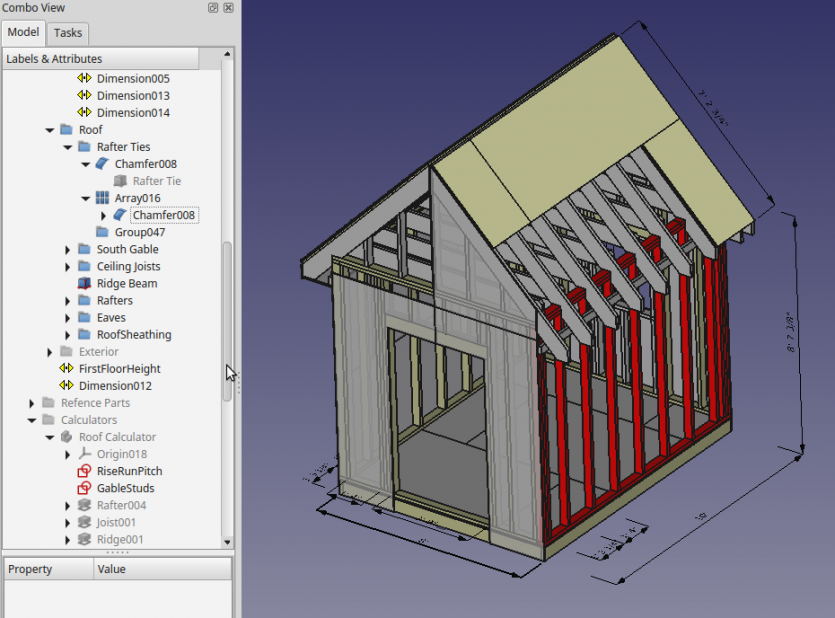 Here you will find all the models pertaining to the Framing Workbench and Videos. AS with everything I do, this is a work in progress.

The Framing Workbench was the groundwork for learning how to make a workbench. It is strongly in the alpha stage and may never go any further. That being said I do get lost in projects and if I get back to this one I man bring it from version 0.1 to 0.2

The Framing Workbench came from the desire to render ( using FOSS ) a complete model of my home. I started with a shed and thought it might be useful to have per-defined shapes and some parametric functionality.

A demonstration of how to construct a basic framed floor.

A demonstration of a basic framed wall.