Follow along as I Learn how to add Closed Caption to my videos.

I first used Audacity to separate the audio from my video file. My video is in MP4 format encoded for posting onto YouTube.

After I imported the audio I used the export tool to save it as an MP3, it took about 30 seconds.

Next, I uploaded this speech file to IBM’s Watson – Speech to Text tools, it went ahead and started transcribing. Here is some of the process:

The results are impressive but either I have poor enunciation or other spoken-word issues. For know I am just going to move forward and worry about fixing errors later.

When the audio is fully transcribed I moved to the “Word Timings and Alternatives” tab. I’m not a transcriptionist however, it is pretty clear that each word is accompanied by the amount of time it consumes. There are also additional tags like %HESITATION.

The first captioning tool I am trying is Amara, it is free to use for Public videos. I don’t see this as a problem as it adds additional presence for my video anyway. Win-Win. Unfortunately, the timing file from Watson is not a format that Amara understands. As a result, I would have to add captioning timing.

And that is is for the first round.

IBM’s Watson – Speach-to-Text is a very impressive tool, I am certain it will be part of my future efforts. Amara is also very impressive and accepts complete sub-title files. There is a disconnect between the two. Watson does not have a sub-title output format, why would it. So the next round will be turning the Watson output into a Captioning file suitable for import to Amara. 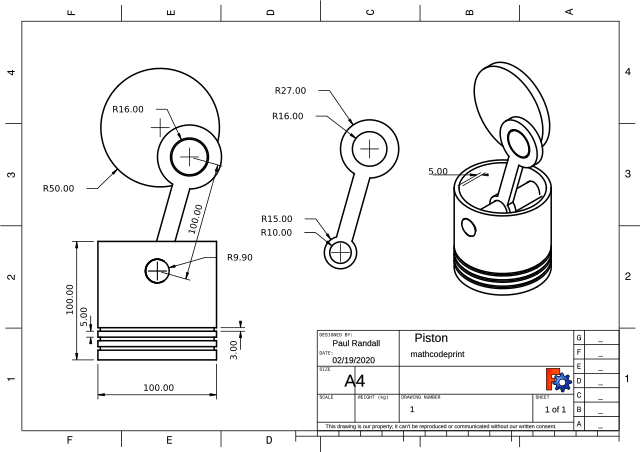 This is a generalized drawing of an Imaginary Piston. This diagram can be used alongside tutorials in various CAD systems. 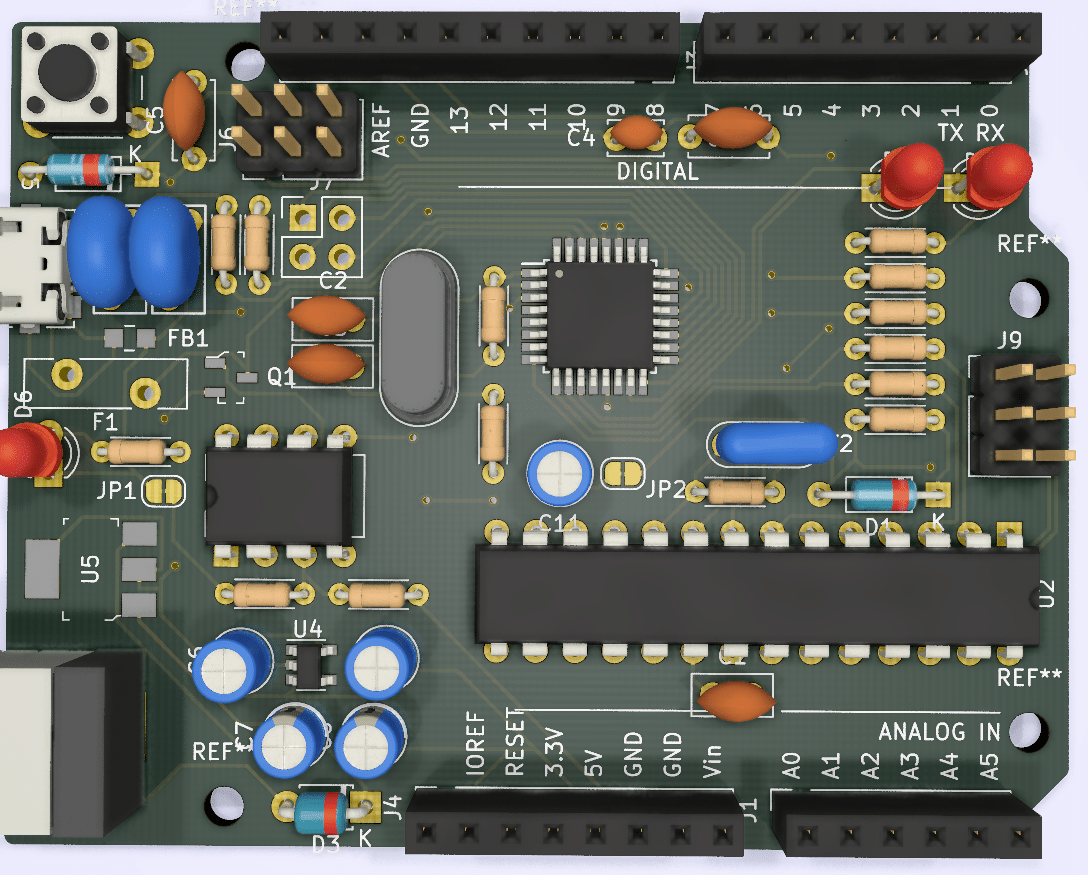 The FiddleBoard uses an Atmel328PU as it’s base and is designed to be a challenging hand solder project. It is for a somewhat accomplished DIYer. 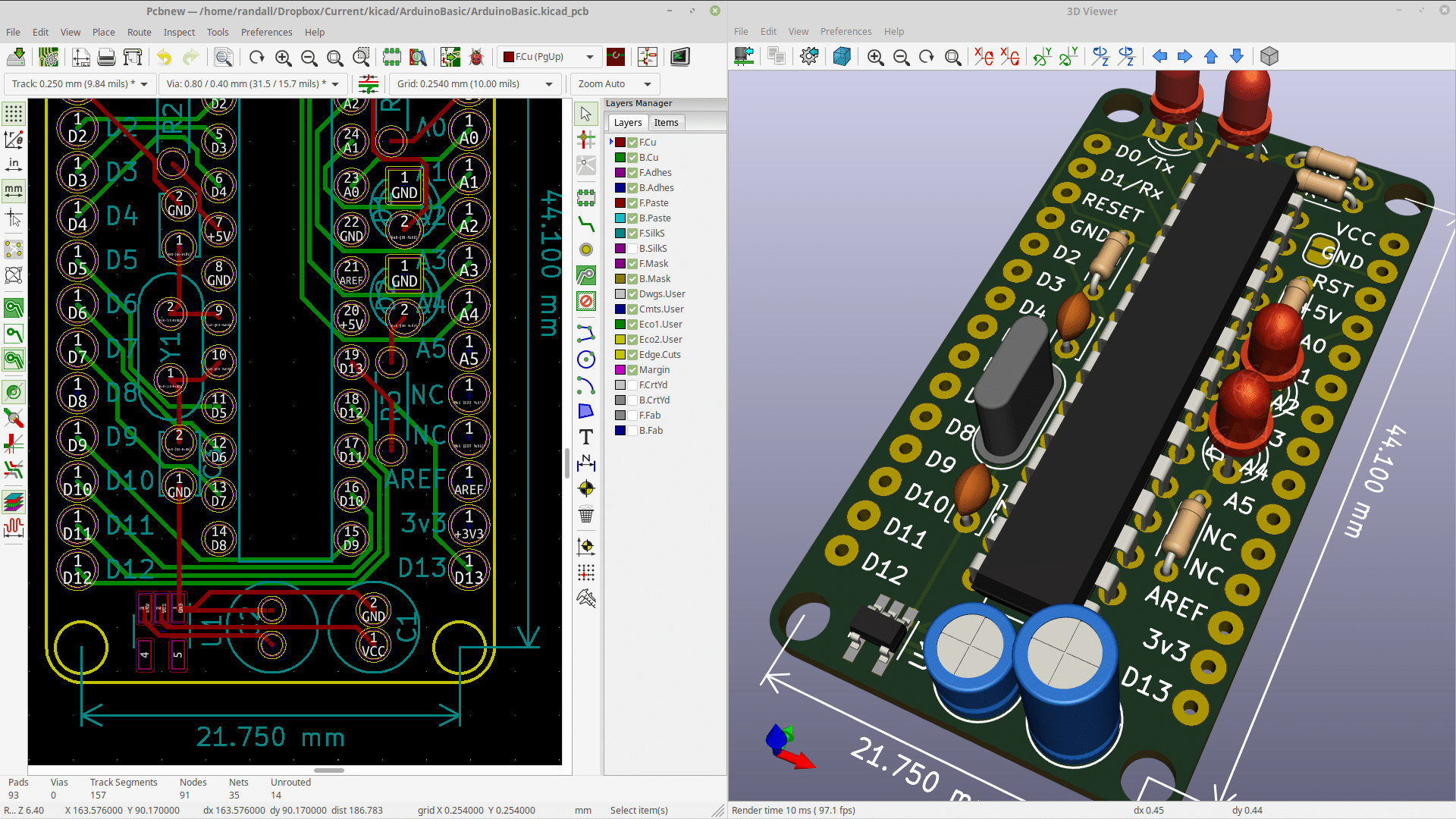 The FiddleBoard uses an Atmel328PU as it’s base and is designed to be a challenging hand solder project. It is for a somewhat accomplished DIYer as it requires pin based hookup for programming.

Placing an Atmel328PU on a Breadboard and wiring it up is an amazing start to the world beyond Arduino prototyping. Once we begin to understand that at the heart of Arduino is a chip ( Atmel328PU ) that is meant to live inside some kind of device the world of IoT begins to open.

Models, Projects, Notes and other miscellany

A split pillow block for the 608zz skate bearing.

Strandbeest – Sort of a requirement for 3d Printer enthusiasts to design their own.

Small momentary push buttons can be difficult to understand, however if we look inside we can easily gain an understanding of their operation.

AS you can clearly see the black button portion pushes down on the thin disk. The center of the disk deforms and makes contact between the two contact strips. The disk also provides the spring return action and makes the clicking noise. 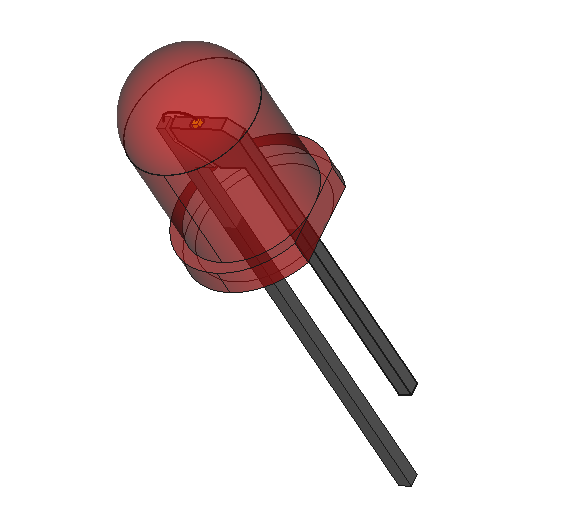 The LED ( Light Emitting Diode ) is found in just about every corner of our world that you can imagine.

The first consideration is that the LED is a Diode. Just like every other Diode current only flows in a single direction. When current flows in the correct direction the Diode emits Light.

The LED is comprised of a small chip inside of a clear or colored epoxy. It has two leads that allow connection to the Anode and the Cathode of the LED.